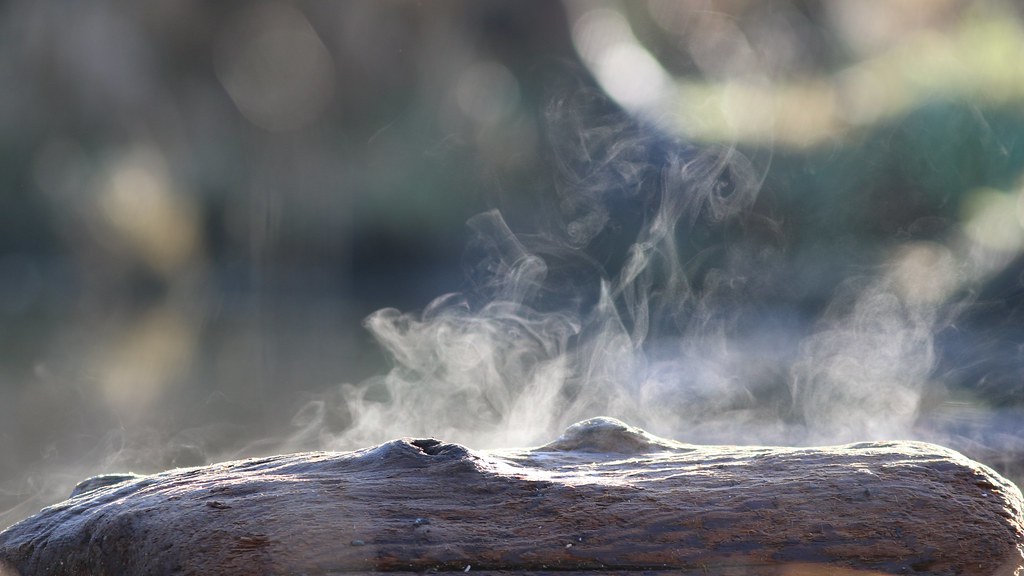 Evaporation definition can be stated as “It is the process by which a liquid or solids change to gaseous state or vapors state at the free surface through transfer of heat energy”.

When the external thermal energy supplied to surface of water body, the kinetic energy of water molecules will be increased. When the molecules near the free surface attain enough kinetic energy, they escape from the water body they eject themselves in to the atmosphere.

Out of total atmospheric pressure on the free surface there will be some contribution from the vapour molecules present in the free surface. This partial pressure exerted by the vapor is called vapor pressure.

Continued supply of heat energy causes accumulation of more and more vapour molecules and thus gaseous medium can no longer accommodate and reject vapour molecules in the form of condensation at the same rate as vaporization. At this stage the air is said to be saturated.

At saturation the partial pressure exerted by water vapour is called the saturation vapour pressure and denoted by (es) which increase with temperature.

Thus, if vapour pressure of air above free surface of water is already equal to the saturation vapour pressure (es) neither evaporation no condensation takes place and then it is called as equilibrium state.

From the above explanation for evaporation to occur it is necessary to have:

a. A supply of water

b. A source of heat

2. Temperature of air and water: The rate of emission of molecules from a water body is a function of its temperature. At higher temperature molecules of water have greater energy to escape. Hence maximum evaporation from water bodies takes place in summer. It has been estimated that for every 1o C rise in atmospheric temperature increases 5 cm of evaporation annually.

Evaporation examples can be seen in your own house, where liquids changes into vapours or gaseous state. As it is a part of evaporation water cycle, some of examples like

1. Drying clothes under the sun:

As you can see the wet clothes or laundry, placed outside under the sun, where evaporation of water takes place from liquid to vapours.

Just have a glance at the kitchen when your mom is cooking, where the pressure cooker containing water turns into vapours.

Your own body is an example for evaporation, When your body gets hot the sweat is released from the skin, and slowly the evaporation water takes place as body gets cool down.

You can see water bodies like lake, river and well gets dried up in summer, that’s due to evaporation.

Take some water in a glass or pan, Place it outside under the sun, by the evening half or full(Depends on evaporation rate)water is evaporated, thats whats evaporation.

What is Grit Chamber? Types of Grit chambers

Skimming Tank in wastewater treatment| Design | Why they are used?

What is Sewerage? Different Types of Sewage system