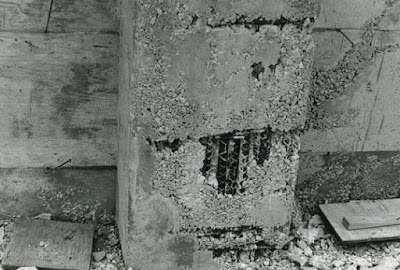 Segregation in concrete is commonly thought of as separation of some size groups of aggregates from cement mortar in isolated locations with corresponding deficiencies of these materials in other locations.

Effect of Segregation in Concrete

Segregation in concrete reduces the strength of structural members of houses This may result in the failure of the building during the earthquake or other natural disasters or will reduce its overall life.

Following are the awful effects of segregation

1.Segregation results in the lower strength of concrete

2.Segregation causes porous or honeycombed concrete which develops the problem of leakages in your house It ultimately results in defects like corrosion in concrete, carbonation, etc.

3.Segregation develops the cracks in concrete which ultimately leads to the early repair of the house A segregated concrete is concrete of variable strength and is relatively prone to cracking and leakages Therefore, it is very important to avoid segregation in concrete to make your structure long-lasting

Prevention of Segregation in Concrete

The following are useful tips to avoid segregation in concrete.

1.The concrete mix should be properly designed with the optimum quantity of water i.e. not too wet nor too dry.

2.Make sure the concrete is properly mixed at the correct speed in a transit mixture for at least two minutes Regularly check the performance of mixer with respect to adequate uniformity of distribution of constituents in each batch.

4.Place the concrete in its final position as soon as possible Never place concrete from large heights.

5.Formwork should be watertight so that paste should leakage from the forms Do not vibrate formwork.

What is Curing?| Types of curing methods for concrete