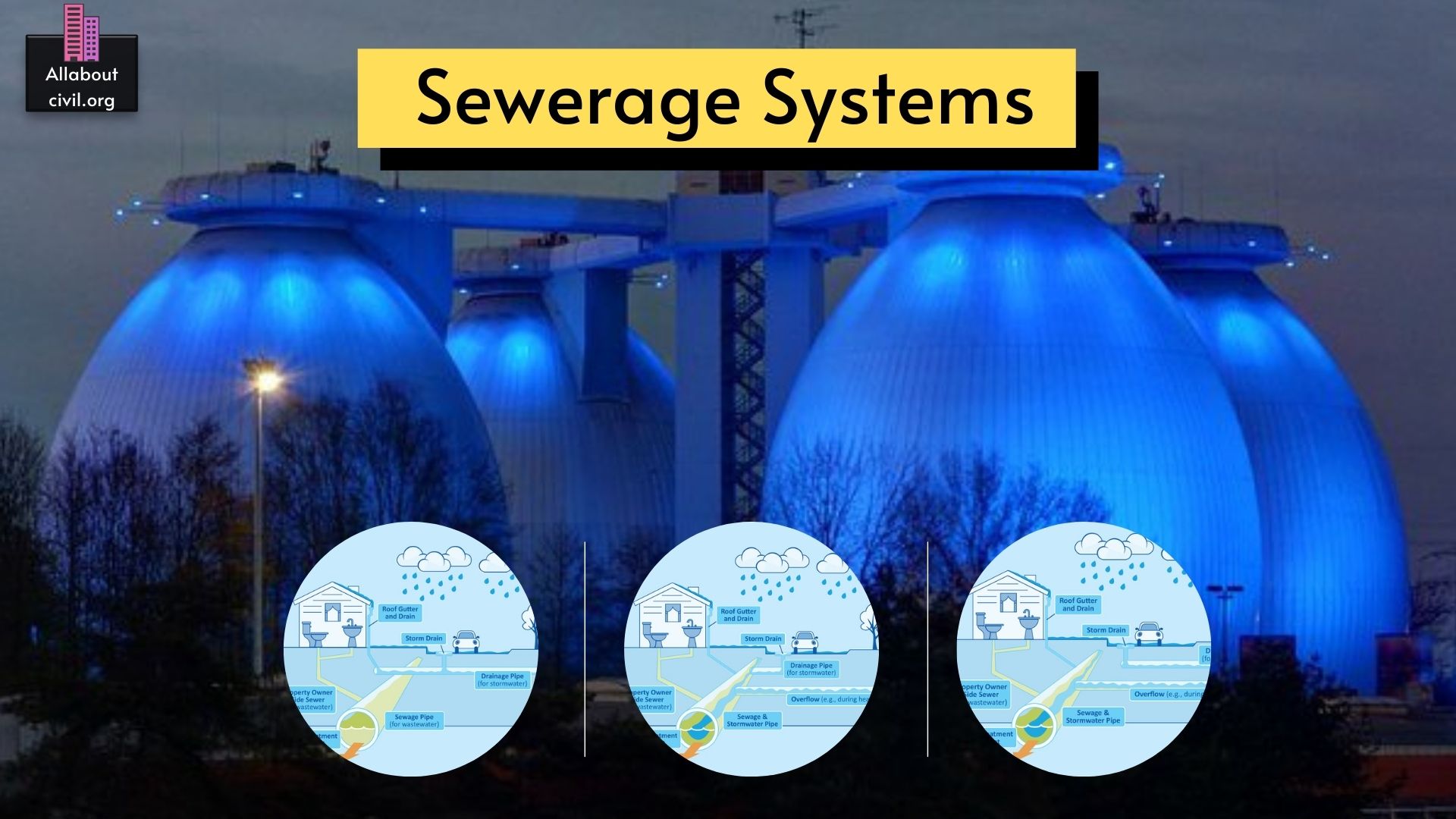 Sewerage is the system or infrastructure by which waste matter or sewage is carried away in sewers.

There are 3 different types of sewerage systems, As explained below

When only one set of sewers are used to carry both sanitary sewage and surface water. This system is called combined system. Sewage and storm water both are carried to the treatment plant through combined sewers

A portion of storm water during rain is allowed to enter sanitary sewer to treatment plants while the remaining storm water is carried through open drains to the point of disposal.

Difference between separate system and combined system of Sewerage