What is Grit Chamber?

Grit chamber is the second unit operation which is used in the primary treatment of wastewater.

Grit chamber is used to remove sand and other heavy matters(grit) which are inert inorganic such as metal fragments, rags etc. If not removed in preliminary treatments, grit in primary settling tank can cause abnormal abrasive wear and tear on mechanical equipment’s and sludge pumps, can clog by deposition and can accumulate in sludge holding tanks and digesters. Therefore grit removal is necessary to protect the moving mechanical equipment and pump elements from abrasion.

Grit removal devices depends upon the differences in specific gravity between organic and inorganic solids to effect their separation.

Also Read: What is sanitary engineering?| Definitions of some common terms 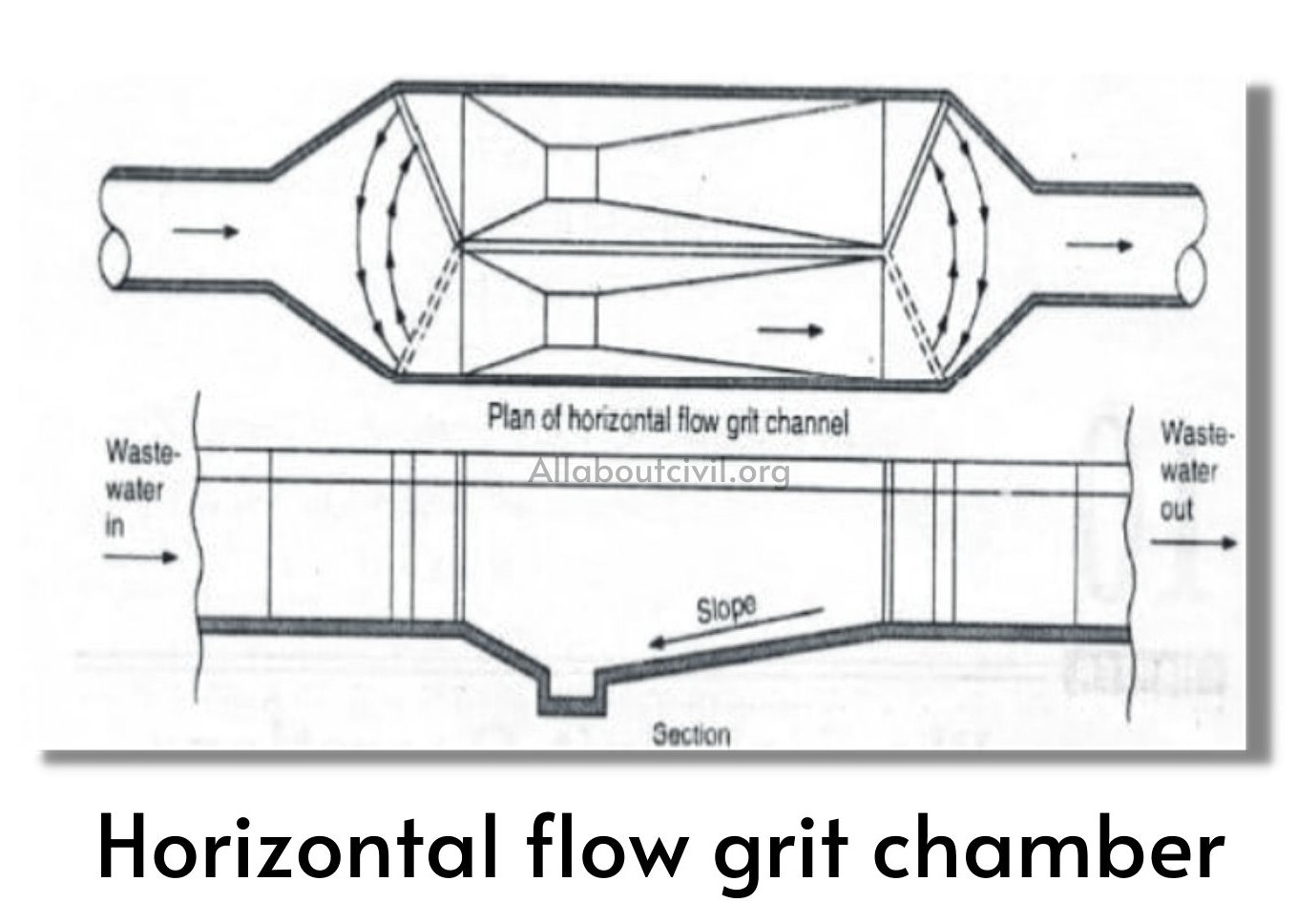 These chambers are narrow open channel, which are 10-18 meters long and 1 to 1.3 m depth. Velocity in the grit chamber is should be  maintained in such a way that the velocity will carry most of organic particles through the chamber and will re-suspend any that settle, but will allow the settling of heavier grit materials/particles. It is usually designed to maintain a velocity of 0.3 m/s.

A control section is used, in order maintain a fairly constant velocity of flow. 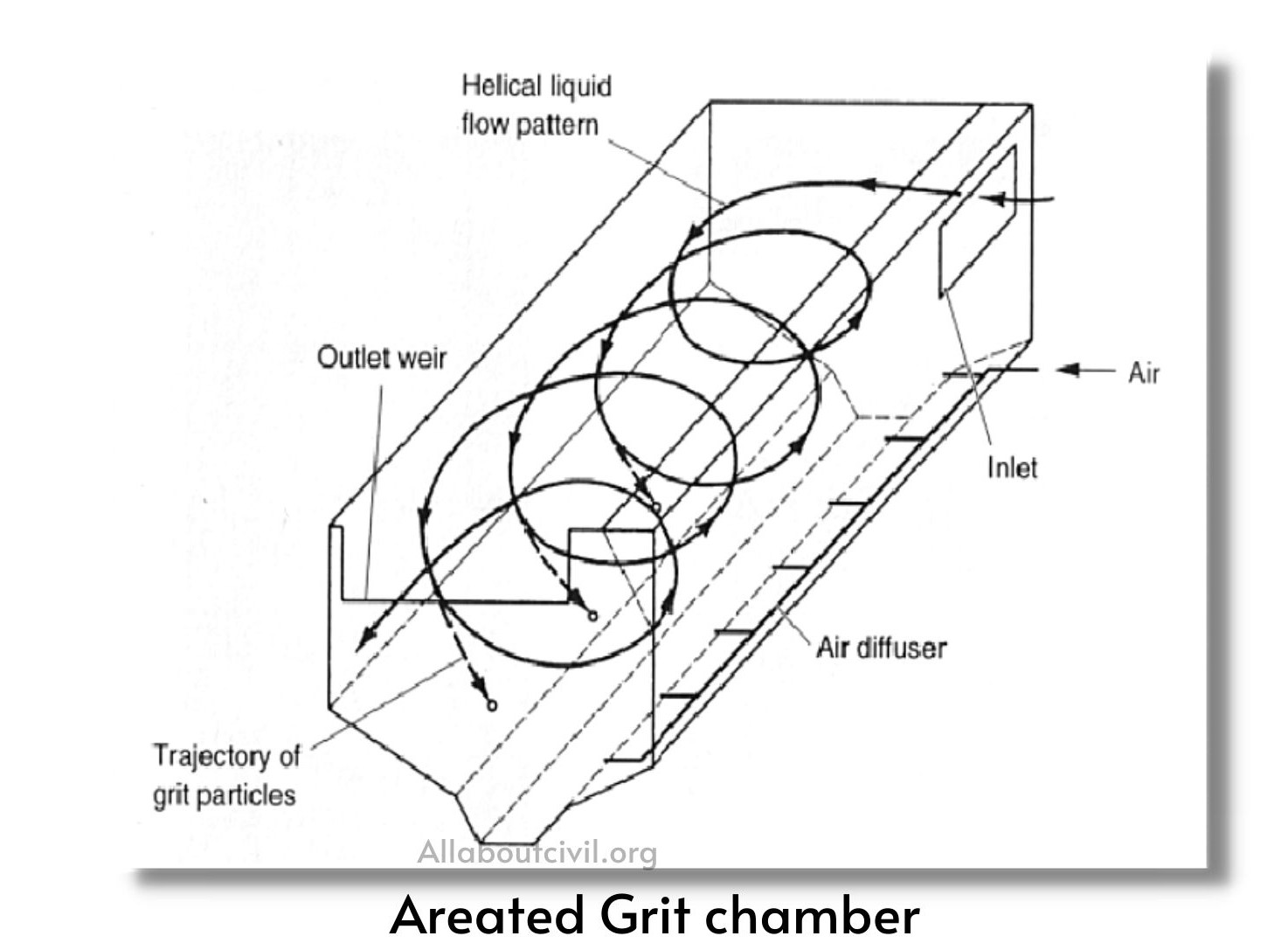 An aerated grit chamber is a special form of grit chamber consisting of a standard spiral flow aeration tank provided with air diffusion tubes placed at one end of the tank at about 0.6 to 1m from the bottom. The heavier grit particles with their higher settling velocities drop down to the floor, where as lighter organic particles will remain in suspension and carried with the roll of spiral motion due to the diffused air and eventually carried out of the tank.

Grit chambers are further classified into two types, based on cleaning mechanism

Mechanically cleaned grit chambers are provided with mechanical equipment for collection and washing of grit chambers, which are operated either on a continuous or intermittent basis.

In manually operated grit chambers should have sufficient capacity for storage of grits between the intervals of cleaning.

The simplest method of cleaning is by using shovel.

Also Read: What is Sewerage? Different Types of Sewage system

What is composting | Methods of Composting

What is sanitary engineering?| Definitions of some common terms